Lotus has given us some good news today, they have disclosed that the new Lotus Exige S Automatic will deliver a pure, extreme, high performance Lotus driving experience, and as with most slogans that get pushed with new cars, it will probably lead to disappointment. 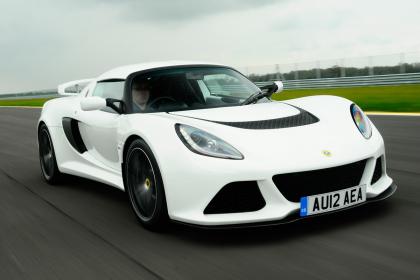 Don’t get me wrong, I’m sure it will be a perfectly good car, probably better than a lot of other cars out there, and almost certainly better than the second hand Volvo V40 that I’ve been driving around. But it has really struck me lately that marketing in the Automotive industry is particularly cheesy and repetitive. What car doesn’t offer a pure, state of the arch yet refined experience these days, according to said cars marketing team. Why not try telling the truth for a change, like, here is the new Vauxhall Astra, it drives pretty similar to the other cars in its class, it’s got four seats and a steering wheel, it isn’t your dream car, but hey, you can afford it.

Back to the Exige, as far as I can gather, what makes it extreme is that it can go pretty fast; 0-60 in 3.8 seconds, which is useful…. If you’re a drag racer, which you most probably aren’t. Another thing that makes this car extreme is that it has a top speed of 162mph, which means you can go fast on the motorway, but only as fast as a £500 second hand Saab 9-5 which can also reach the dizzy heights of the UKs national speed limit, which is still 70mph.